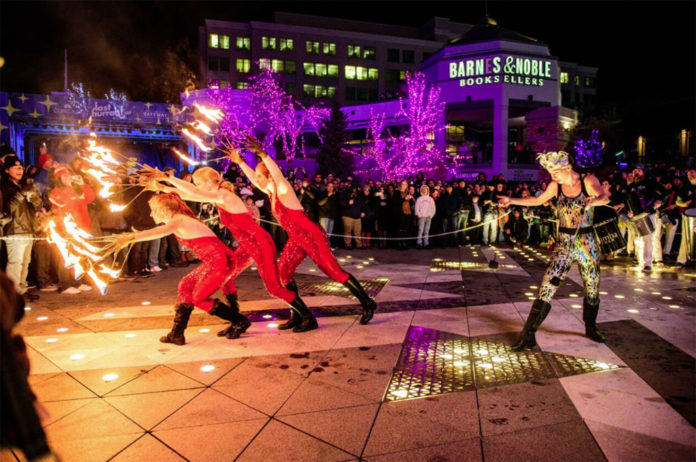 Utah’s own Brazilian music and dance company, recently won an international award – a 2019 Focus Brasil award. Artistic Director Lorin Hansen was flown out to receive the award on behalf of the group and speak at the celebration. Samba Fogo was honored with this distinction, given in recognition of the group’s “work and contribution to the positive image of Brazil abroad,” at the Focus Brasil Foundation’s 2019 awards ceremony in Phoenix, Arizona.

Focus Brasil is an international foundation whose mission is to promote Brazilian culture worldwide. The foundation accomplishes this by hosting multiple events each season, of which they are currently in their 22nd, in five countries around the world. These award celebrations are designed specifically to recognize outstanding individuals and groups of all nationalities who work to positively represent Brazilian culture in their community and globally.

Samba Fogo had the unique distinction of being a recipient of one of Focus Brasil’s prestigious Special Awards, nominated and chosen directly by the Focus Brasil Board of Directors.

The reception of this Special Award follows a particularly successful season for Samba Fogo, who not only maintained a full performance and arts education schedule locally, but also performed and competed at multiple events throughout the USA, receiving a number of awards and distinctions.

At the third annual 2019 International Samba Congress in Los Angeles this June,

Samba Fogo Artistic Director Lorin Hansen won the Adriana Lima Female Malandro Samba Dance Competition for the second year in a row, earning the top prize and receiving two round-trip air tickets to Brazil through Copa Airlines. Following her victory in 2018, Hansen traveled to Brazil during Carnaval and spent 5 weeks studying in the country, and she intends to use the prize this year to further those studies. At the ISC, the Samba Fogo dance company also won the inaugural Carlinhos Pandeiro de Ouro’s Group Samba Dance Competition in a unanimous decision from the judges.

Hansen and Samba Fogo’s victory in the congress’ competitions garnered praise and recognition for the work they proudly do in Utah. Coupled with the group’s recognition at the Focus Brasil Awards Arizona Celebration this October, the company has firmly established its international reputation as one of the leading advocates for samba in the United States. More information about Samba Fogo  HERE.