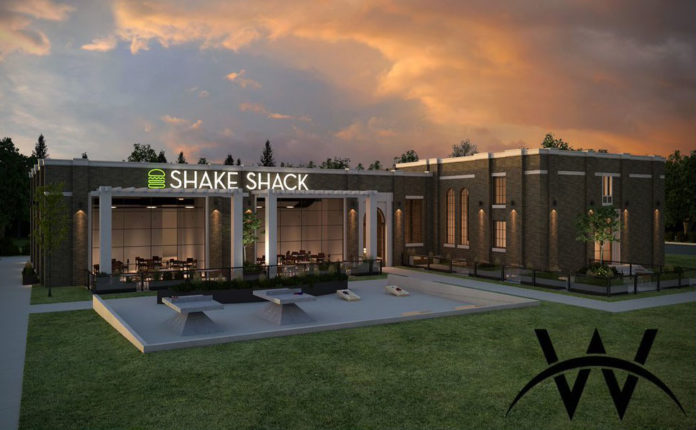 Announced this week over on Twitter, by local developer WDG, Utah’s very first Shake Shack is set to open in the Summer of 2019. The announcement states:

“WDG welcomes the first Shake Shack to UT! We’ve signed a lease with Shake Shack to anchor our School Yard Dev at 110th S & State St in Sandy. We anticipate opening by Summer of 2019. Renovation has begun on the Old Valley High School soon to be Shake Shack’s new UT home. #Utah“

The brief tweet also showcases this render of the planned opening:

The burger franchises first Utah outpost will move into the former Crescent Elementary building, which closed in 1980. As part of the opening the developer seems keen to save historical elements of the site in question.

Immediate response has been positive, the popular NYC based burger operation has fans country wide, and Utahns will soon be able to join their ranks.